The Desert And The Sea

Not only the definitive book on Somali pirates, but a remarkable work of literature, too. 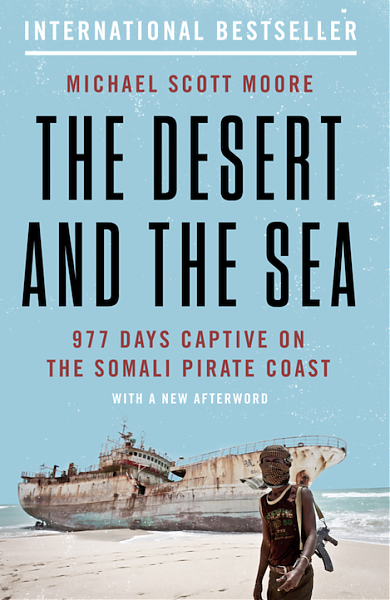 Winner of a Nautilus Award for Journalism & Investigative Reporting

First published by Harper Wave in 2018

In early 2012 Michael traveled to the Horn of Africa to research a book about Somali piracy and ways to end it. He was kidnapped and spent 32 months in Somalia as a hostage. Here he chronicles the full story. Written with dark humor, candor but also a literary journalist’s clinical distance and eye for detail, The Desert and the Sea reads like Catch-22 meets Black Hawk Down.

Michael weaves his own experience—including physical injury, starvation, isolation and terror—with a larger examination of the world around him. He explores the economics and history of piracy (going back to America’s own colonial history), the effects of postcolonialism (Italian, British); the politics of hostage negotiation and ransom; the legalities of industrial fishing (he spent more than five months aboard a hijacked tuna long-liner — the only Western author to experience life aboard a ship hijacked by Somali pirates); and the role of Islam among the pirates.

Michael writes movingly about grappling with the idea of ending his own life, as well as his search for meaning during his darkest hours. During a long 18-month period when his feet had to be chained at night, he wondered: “I had flown to Somalia with curiosity and compassion; I had wanted to show, as far as I could, how Somalis lived and what pirates thought. With the chains on, I instead struggled every night with hatred and debilitating rage. What helped was a paradoxical attitude of forgiveness toward the guards. I also remembered the ancient idea, from Epictetus, that a victim suffers only by his own consent. Self-pity does nothing but heighten the pain. The appropriate answer to the question, ‘Why me? is the other question, Why not me?’”

He also found help in reading a Bible aboard the fishing boat, and yoga helped to calm his churning mind. One of the most heart-wrenchingly funny moments in the book occurs when the author, to keep his muscles from weakening, starts to do yoga. Before he knows it he’s conducting a makeshift yoga class for pirates.

A riveting, thoughtful and emotionally resonant exploration of foreign policy, religious extremism, and the costs of survival.

Michael Scott Moore’s book turned me inside out. Congratulations is far too pallid a word.

When a young man who is good and brave, keenly intelligent and observant, with a lively mind and a learned sense of human and historical complexity, is kidnapped by pirates and kept as a hostage for three years in Somalia’s harsh and violent bush, the result is The Desert and the Sea. However much you wish Michael Scott Moore had never had cause to write it, this book could not be more engrossing, harrowing, suspenseful, wrenchingly humane and illuminating.

Francisco Goldman, author of The Art of Political Murder and The Long Night of the White Chickens

His elegant, 450-page account of his life in Somalia's hostage machine conveys suffering on an epic scale, a hotter, dustier version, perhaps, of One Day in the Life of Ivan Denisovich.

If you read Michael Scott Moore’s book, first clear your schedule, because you won’t put it down until you’ve finished it. The Desert and The Sea is an astonishing and harrowing story, told with great humanity, by a writer who ventures where few will ever go.

Susan Casey, author of Voices in the Ocean: A Journey Into the Wild and Haunting World of Dolphins

Highly addictive reading material….Michael Scott Moore delivers an amazing true-life thriller, one of the most suspenseful books written in recent years, that tracks across oceans and underworlds, culminating in a very rewarding, deeply profound end.

Sympathetic but also sharp-edged ... There’s plenty of gallows humor as Moore settles in for his long spell of unhappiness. When his young captors, “stoned on narcotic cud,” blast music from their cellphones, he asks a senior to get them to turn it down. “They’re soldiers,” he’s told by way of explanation, to which he replies, “ask them to be quiet soldiers.”


Moore’s talent for dark observational humor is used to great effect and leavens what might, in another writer’s hands, have been a relentlessly bleak book.


His account of his nearly three years of captivity is a testament to the strength of one man’s indomitable spirit and Moore’s great gift of observation, his humor, wits and evident gifts as a storyteller. Thank heavens he lived to tell the story, which everyone should now read and cheer.

Tom Barbash, author of The Dakota Winters and Stay Up With Me

A fascinating page-turner. [Moore] walks the tightrope of inviting readers to have empathy for the pirates whose national history includes brutal colonialism while demonstrating the pirates’ capacity for torture ... Having faced an experience no one ever should, Moore constructs a narrative that makes readers’ heart beat faster.

With Michelle Dowd
on her new memoir, Forager

Podcast: Is It Rolling, Bob? 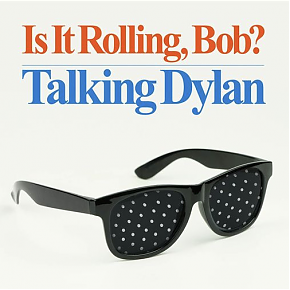 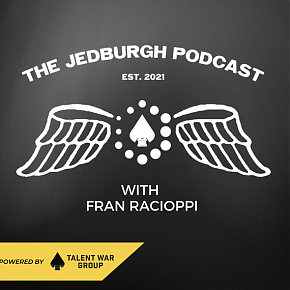